Thank you for your interest in Cops for Cancer! We’ve tried to answer any questions you may have, but if we’ve missed something, please contact us so, we can help you.

While we will not be able to celebrate our fundraising efforts together in large gathering, we encourage you to take to social media with your team virtually and celebrate in a way that is meaningful to you! Maybe you will honour and remember loved ones who live or have lived in the face of cancer, recognize and celebrate your fundraising impact during your social media video. Challenge others to do the same, set a fundraising goal that challenges others to support childhood cancer research and caring support programs.

HERE ARE SOME OF THE WAYS WE MAKE AN IMPACT:

We know 1 in 2 Canadians will continue to face a cancer diagnosis in their lifetime. This year and the next. As the world navigates this pandemic, we know the most vulnerable among us have fewer places to turn to in their communities, to gather in, to be together, and to receive the support they need. That’s why the assistance of CIS and Cancer Connection is especially critical now. 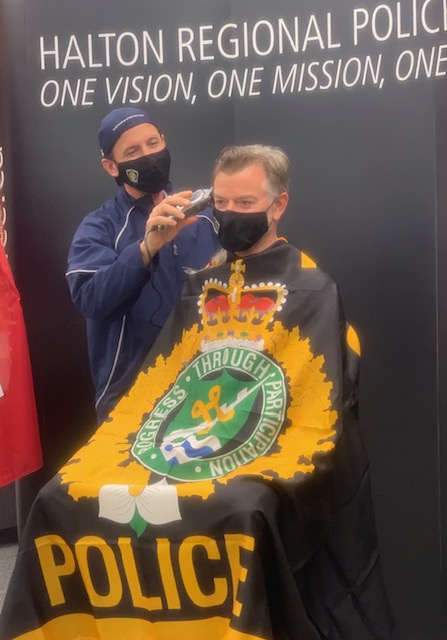 In the coldest month of the year, February 2013, one man took a journey of approximately a million steps across Ontario from Windsor to Ottawa, pulling a 125-pound sled with the letters CANCER on it, to raise awareness and funds for the Canadian Cancer Society.

When Mike Duhacek lost both of his grandparents to cancer and watched his mother diagnosed with a rare cancer, undergoing a grueling three-year battle, he knew it was time to act, and helpmeburycancer was born.

Duhacek, who is the newly appointed Canadian ambassador for the Cops for Cancer Head Shave Campaign, has now written a book about his journey. It is filled with the kindness of strangers he met along the way, stories people shared with him, as well as over thirty photographs to visually capture his experience. He's convinced the reason why his mission resonated with so many people is due to the fact that one in two Canadians will be diagnosed with cancer in their lifetime.

It is a story of the struggle he endured, of family love and one man's perseverance to make a difference. Duhacek was ultimately awarded the Governor General's Caring Canadian Award (Sovereign’s medal) and a Queen’s Diamond Jubilee medal, among other honours, for his efforts. Please visit his website at www.helpmeburycancer.com for more information on his book, One Foot in Front of the Other - the journey of a million steps, and for access to multiple links to purchase his book which include Amazon, Indigo and other major booksellers.

A portion of all proceeds from this book will be donated to the Canadian Cancer Society.