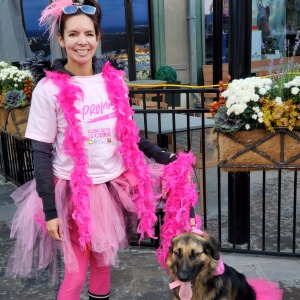 In April of 2015 I was diagnosed with breast cancer. In June I had a lumpectomy, later on found out in August that all the cancer was not removed. In September I underwent a bilateral mastectomy where an expander was put in on my left side. I would travel back and forth to London, weekly, to have it filled. After completion

Total activity - My Run. Any where. Any way.