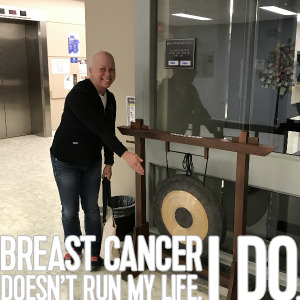 In fact, since I entered my 50s, there have been more bumps in my road than I would have liked.

I did have total hip replacement surgery to start things off but that was nothing; a walk in the park as it were.

During the ten or so years since, cancer (The Big C) has been an ever-present and unwelcome part of my life.

Sadly, I know that I am not alone here.

Too many friends and family lost.

It started with my great pal Mike Lauer (only 3 weeks older than me) losing his long battle at 50.

Somewhere around midway through the decade, it was Steve Armstrong (“Army” to his friends and the hockey buddies who would come to play one glorious season as “Army’s Army” in his honour).

In 2019, cancer struck closer to home than it had ever done before.

As many of you know, in May 2019, Shelley was diagnosed with breast cancer.

That diagnosis came on the very day that we lost Jane Mulvogue, one of the most special people in our lives.

Less than a week later, Dave (“The Mayor”) Hardy left us.

Shelley and I had the honour and pleasure of walking with Jane’s family and friends at the 2019 Run for the Cure.

By that time, Shelley had already had surgery at Princess Margaret / Mount Sinai and completed her chemo treatments at Brampton Civic.

We only walked for a short time but felt it important that we be there for Jane----and for everyone touched by the disease.

We would then have a couple of weeks off before Shelley would start a 4-week run of daily radiation treatments back at Princess Margaret.

As much as I would have preferred to never have gone through that process, and as much as I would give to have our friends back, I have hope after seeing just how great our health care system can be.

That is due in no small part to the advances in cancer research and treatments that have resulted from events like The Terry Fox Marathon of Hope and the CIBC Run for the Cure.

Those events, like so many others, have been turned upside down by the pandemic.

Organizers have been scrambling to come up with ways to keep funds coming in with the double whammy of (1) events having to be held virtually; and (2) regular donors being worried about jobs, mortgage payments and the like.

So, where is this all leading?

Last week, I was watching TV when an advertisement for the Run for the Cure came on.

That was just after I read a story about the 2020 Terry Fox run.

So, keeping in mind the fact that I am already on one prosthetic device (see above re “total hip replacement”) and a second does not feel like it is too far in the future, I decided to try to come up with a hybrid.

The John Scriver 2020 Marathon Walk for the Cure™.

So, on October 3, I am going to attempt a 26 mile / 42.2 km walk to raise funds for cancer research [Update - date change due to weather forecast for Sunday].

To that end, and with the annual Terry Fox event already having been held, I have registered with the CIBC run.

I would be very pleased if you would consider sponsoring me.

I believe that every dollar raised will (eventually) lead to a cure to all forms of cancer.

If you are inclined to make a donation but would prefer to direct it elsewhere, that would be great too.

Now, in the spirit of full disclosure, I will tell you that I am not sure that I have ever walked or run that far.

But, definitely, nothing longer than that since (except in the car).

It is possible that I did hike that far as a cub scout when I was 10 or so.

If I did, I am not looking forward to the days following October 3.

For some time after my 10-year-old self did that walk, my brother had to drag me around the house on a blanket!!!

Pretty sure that Shelley can do that…but…..

If I cannot do the full walk all in one day, I promise to go back and finish it before the snow flies.

[Update - will try to put in a couple of extra kms on the offical date;  body willing and weather permitting]

Either way, I will keep you posted.

Speaking of Shelley, she continues to do just great.

Her hair has grown back as a wonderful platinum blonde mop; mine not so much (see attached photos).

Happy to say that there have been some other good news stories too (including, Karen C, Big Doogie and one of our neighbours).

Just last week our friend Cathy started chemo treatments. Another neighbour is almost finished his. We are optimistic that both outcomes will be good ones.

Still more work to be done, though.

Until a cure is found we need to be vigilant.

With that in mind, thank you ever so much for your consideration.

Did you know that:

• just $100 could fund two hours of life-saving research in a world class laboratory? Your contribution could lead to the next breakthrough!