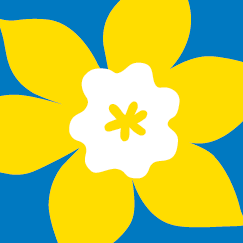 I am participating in Scott Trapp Stick-It to Cancer Memorial Tournament to support the mission of the Canadian Cancer Society.

The Scott Trapp Stick-It to Cancer Memorial Tournament is one of the largest fundraisers for the Canadian Cancer Society. For the ninth consecutive year my fraternity, Delta Kappa Epsilon, will be hosting this charitable ball hockey tournament which includes participants from across the Metro-Vancouver area. This year, the tournament will be held on March 21, 2020 at the University of British Columbia Vancouver campus.

Cancer affects all of us, and the members of Delta Kappa Epsilon know this better than some. In 2014, our fraternity brother Scott Trapp passed away from cancer and the tournament was renamed in his memory. The intent of this event is to engage the UBC campus and the surrounding communities in order to raise awareness and funding for the fight against cancer.

Our success can be greatly attributed to the support from corporate sponsors, as well as friends and family members of Phi Alpha DKE. Beginning with the inaugural event in 2012, the tournament has raised over $240,000. Our goal for this year’s event is to raise $50,000 for the Canadian Cancer Society.

Use your social media login