We're excited to announce that, thanks to your support,
we raised $110,000 for breast cancer support programs.

On October 23, some of Canada’s top female chefs will lead a series of online cooking classes.

This year, we have brought together an exemplary group of instructors who will guide your learning as you prepare their recipe. Our new nationwide virtual format allows you to connect with incredible Canadian chefs no matter where you are in the country.

We invite you to learn more about the chefs participating in our event and discover their menu items.

Full recipes and shopping lists will be shared by email in advance to those who have registered. 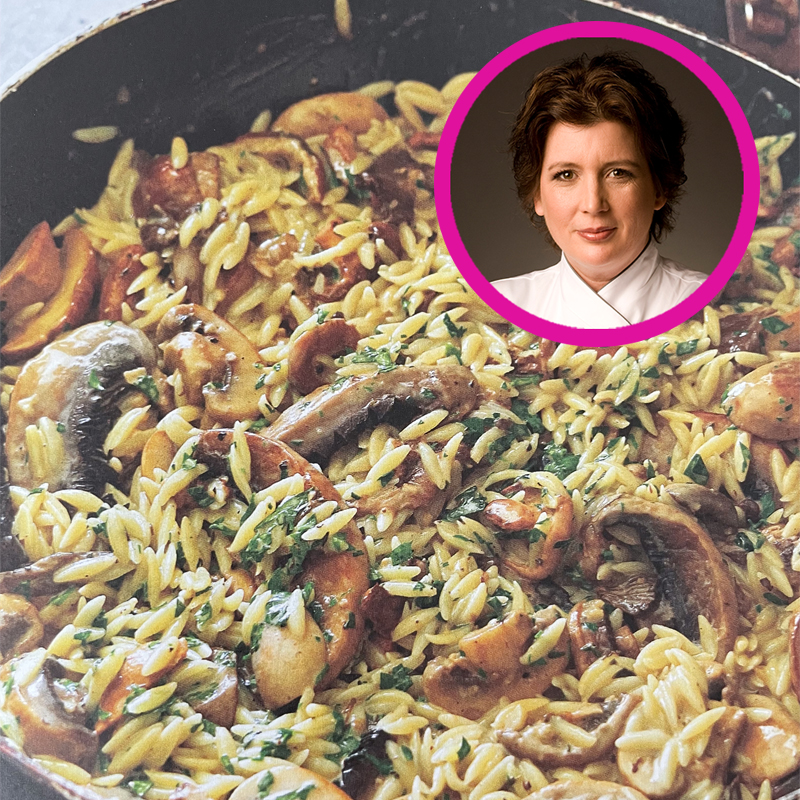 Acclaimed Food Network celebrity chef and bestselling author, Chef Lynn Crawford has over 25 years of culinary experience, including many years as executive chef for the Four Seasons Hotels in Toronto and New York. One of the highest profile chefs in the country and a genuine household name, she is continually sought after as a dynamic host, public speaker, brand ambassador, spokesperson and mentor.

Chef Lynn was the owner of Toronto’s Ruby Watchco, which opened in 2010, ran for 10 years, garnering critical acclaim as one of the best fine dining restaurants in the country.

Currently starring on Food Network’s newest primetime cooking competition series Wall of Chefs and Junior Chef Showdown. Chef Lynn starred in Food Network’s hit series Pitchin’ In, which was nominated for Gemini Awards, both as a series and for her dynamic hosting, in 2010, 2011 and 2013.

She can also be seen competing as an Iron Chef in Kitchen Stadium on Iron Chef Canada. Chef Lynn has appeared as a competitor on Top Chef Masters and Iron Chef America. Chef Lynn was a regular judge on Top Chef Canada and Chopped Canada, co-host of The Great Canadian Cookbook and Restaurant Makeover and is an Expert on the Marilyn Denis Show.

Chef Lynn, a longtime supporter of the farm-to-table movement and sustainability, is also the Chef Ambassador for Egg Farmers of Canada. She is a dedicated philanthropist, giving back by participating in several charitable initiatives.

Chef Lynn is passionate about cooking and educating and loves nothing more than sharing her knowledge, wisdom and expertise, teaching children, chefs and home cooks where their food comes from and to take pride in having a hand in the whole process of making and enjoying the healthy, delicious food they cook. 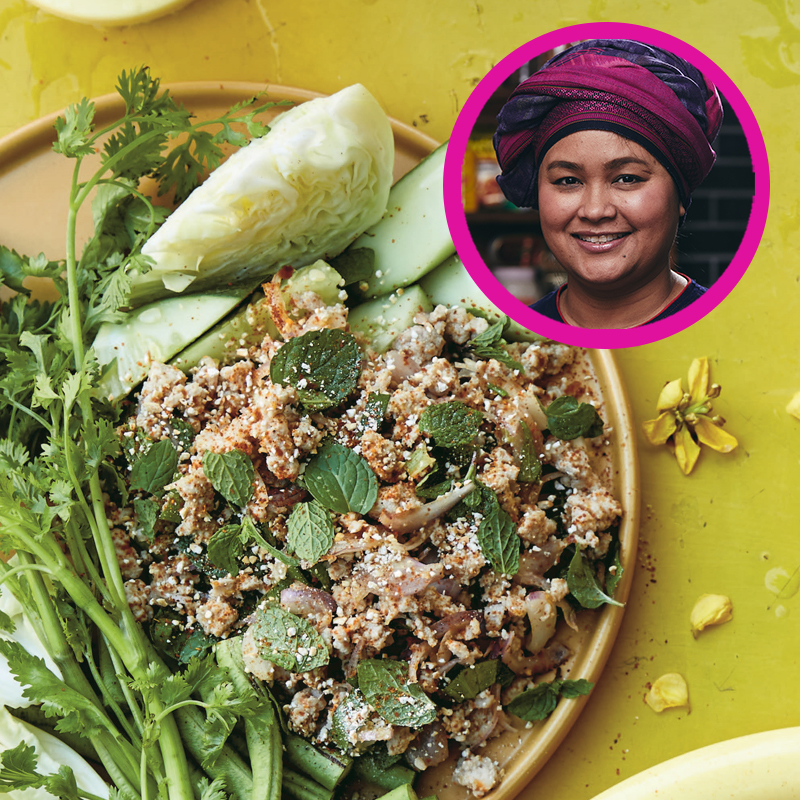 Chef Nuit Regular is the Executive Chef and Co-Owner of PAI, Kiin, By Chef Nuit, Sabai Sabai, and Sukhothai. The first Thai SELECT Ambassador for Canada, Chef Nuit has been recognized by the government of Thailand for the authenticity of her Thai cooking with the prestigious Thai SELECT Signature designation. She is a judge on Food Network Canada’s Wall of Chefs. She is also the author of Kiin: Recipes and Stories from Northern Thailand, an IACP Cookbook Awards and Taste Canada Awards finalist.

“I love that Eat to the Beat is a celebration of women—I get to do what I love, cooking and feeding people alongside my incredibly talented female colleagues as we celebrate and support the strong, courageous and inspiring women who are battling breast cancer and raise money for a great cause. It feels like being part of a sisterhood, as we stand together and support one another.” 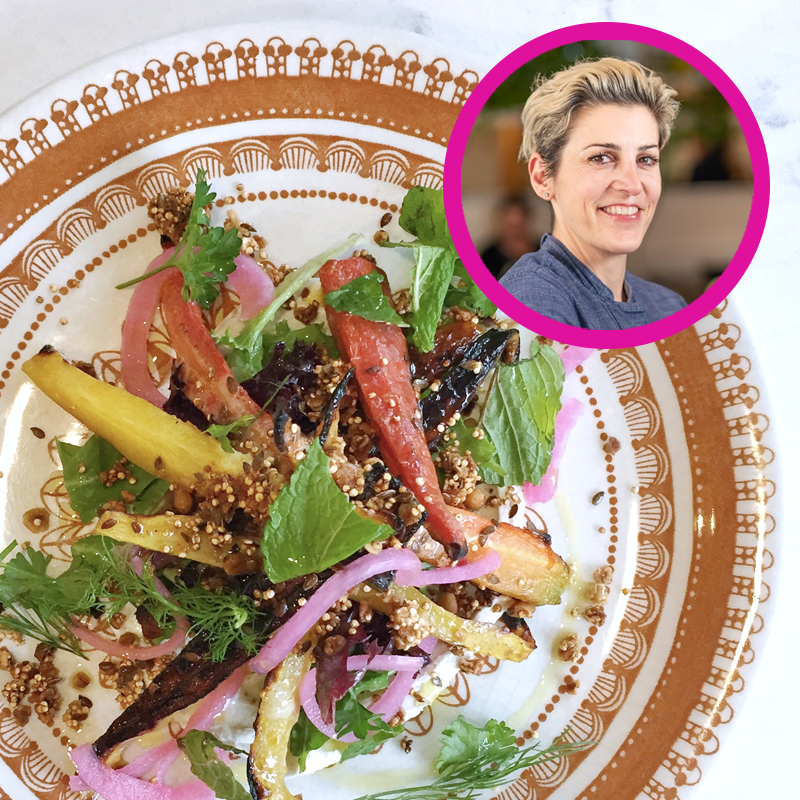 Renée Lavallée was born and raised in Shawville, Quebec. She left home at an early age to attend George Brown College in Toronto. After close to twenty-five crazy years in the business, including many stints in restaurants around the world, Renée now calls Nova Scotia home.

After a brief hiatus to raise her family, Renée jumped back into the ring to open The Canteen an award-winning sandwich shop in Downtown Dartmouth. After less than three busy years The Canteen opened up a brand new full-service restaurant and take-out shop called Little C only two blocks from its original location. In 2019, The Canteen received 9 Golds in various categories for The Coast’s Best of Halifax Awards.

In April 2020, at the start of the pandemic, Renée and her husband/business partner launched The Canteen Community Kitchen which went on to supply over 10,00 meals to those in need through The North Grove Community Food Centre. They then went on to launch a new YouTube channel called The Canteen Cooks, which focuses on teaching viewers how to produce restaurant quality food out of their own kitchens.

Renée has a long list of professional accolades and has been the spokesperson for a number culinary brands and organizations including Taste of Nova Scotia, Select Nova Scotia, Community Food Centres Canada, Dairy Farmers’ of Canada and more. In 2017, Renée was voted as Best Chef for The Coast’s Best of Halifax Awards three years in a row and was named the 2018 Culinary Ambassador of the Year by Taste of Nova Scotia.

Renée is an ardent supporter of local farmers, fishers and various other types of food producers. She can often be spotted at any number of local farmers’ markets with her husband and business partner Doug, daughter Zoe and son Philippe in tow. 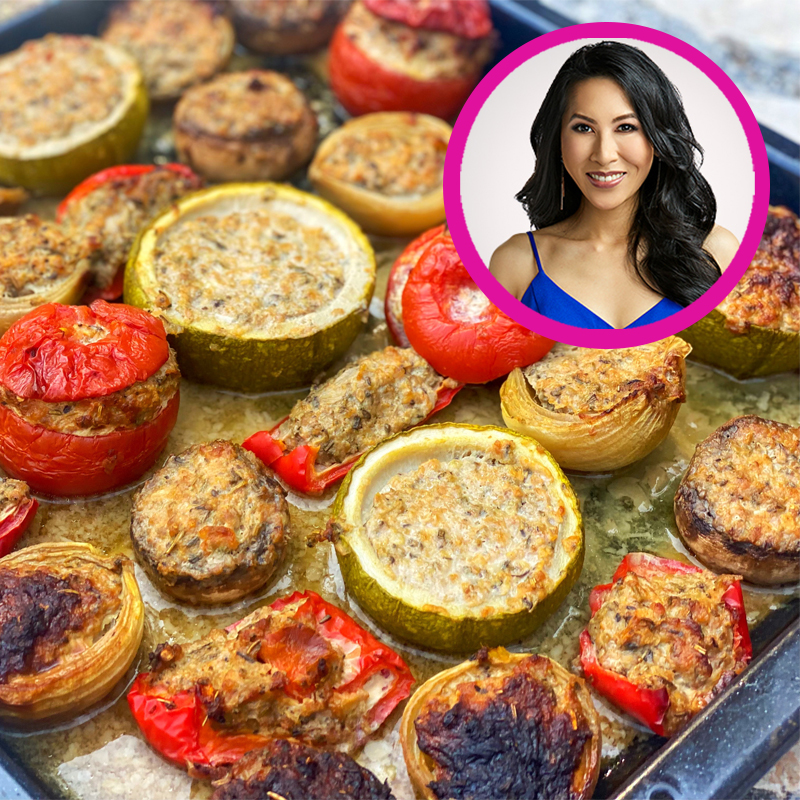 Vancouver-based Mijune Pak is an international food personality, a regular judge on Top Chef Canada, served as a guest judge on Iron Chef Canada and is a leading food and food trend expert. In the realm of social media, Mijune holds a strong and respected voice on food and travel with more than 30K followers on Instagram. She's been featured in Chatelaine, Flare, the Vancouver Sun and was listed as one of the World's Most Extreme Foodies in the Sunday Times UK. She also is a regular speaker; participating in talks/panel discussions and hosting food-focused events. She was a recent judge at Cochon555 in Banff as well as the prestigious Bocuse D'or Canada in Toronto. She was also the 2019 Global Food Correspondent for Travelzoo and for two years in a row has served on the jury of Air Canada enRoute Magazine's Top 10 Best New Restaurants in Canada.